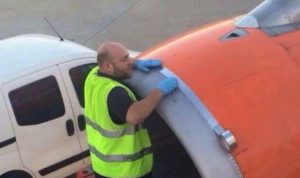 Have you ever been in a house where the rooms just didn’t make sense? Often times what was once a cute little 1 bedroom, 1 bath and has been expanded over the years to 3 or 4 bedrooms with multiple baths. Two bedrooms have a doorway together or there is an awkard step down somewhere, or there is a bathroom strangely off the kitchen. I was once in a house that had two kitchens because the owners would not demolish the first kitchen.

In business, those “add ons” come in the form of steps taken to meet an immediate need, a change in approach, an expansion into new markets, all kinds of things. In computer programming it is called “code debt”. A problem arises when those bolt-ons, or patched in code, become permanent creating future inefficiencies that cost your company time and money to work around indefinitely or go in and repair. That’s the debt part.

One of the biggest legacies of bolt-ons is the number of things you have to teach new employees to work around. The exception has become the rule and if you don’t do it “this way” you can’t do that other part over there. Pretty soon everyone simply subscribes to the bolt-on as a “the way we do it” workaround, right up until something big happens to cause you to reconsider the entire process and address the debt.

When you own bolt-ons as though they are permanent, you will choose not to consider options in the future that interfere with the bolt-on. After all, your entire business has now invested in months or years of successfully using the bolt-on and the retraining, new habit building, etc., feels untenable. RESIST that at all costs. Bolt-ons have an expiration date which is when a better solution is found.

When you initially consider the bolt-on, think forward to what growth or developments will cause you to be willing to go to a different practice. The most successful companies remain dynamic in their awareness of how much they can let go of to create all new efficiencies. They migrate through bolt-ons, replace them with better solutions and practices so as to continue to increase productivity. Without that mindset, the bolt-on will always represent an unscalable interruption in efficiency it was probably originally embraced to relieve.

You thought you understood disruption

In the past, disruption in business terms was when a new entrant to an existing market was doing some aspect radically different. Airbnb was a new kind of lodging (instead of hotels/motels). Uber was a new kind of transportation option (instead of taxis/busses). Blockbuster and Netflix in their own ways were new ways to get … END_OF_DOCUMENT_TOKEN_TO_BE_REPLACED